Posted by Abhilash MS
Pradosha, also spelled Pradosh or Pradosham, falls on the 13th lunar day (Trayodashi) during the waxing and waning phase of moon in the Hindu lunar calendar. Occurring between 4.30 pm to 6.00 pm on Trayodashi, the Pradosha time is propitious to pray Lord Shiva and invoke his blessings. It is believed that worshipping Lord Shiva at Pradosh day will relieve from sins and gives Moksha.
Among the poojas performed by the devotees of Lord Shiva, the Pradosha puja is considered to be more auspicious. It is believed that during Pradosha period all the universal beings and Gods come down to earth and attend the worship. The importance of observing Pradosha is described in Pradosha Mahatmyam from Shiva Purana and hence Shiva devotees observe Pradosha Pooja with high sanctity. Pradosha indicates the meeting of the Sun and the Moon in a horizontal line during their movement on their Axis. 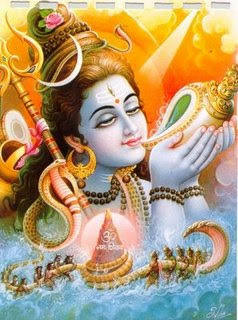 Maha Pradhosha is a yearly rite which falls during February – March (Magha in Sanskrit, Kumbha Masam in Malayalam, and Maasi in Tamil) before Maha Sivarathri. Pradosham is carried out regularly in all Lord Shiva Temples across the country.