Posted by Abhilash MS
Shiva Purana is one of the eighteen ancient narratives in which the glory of Lord Shiva is depicted with delightful stanzas. The importance of worshipping Mahadeva and the rituals to be performed are explained in it. As per the mythological tales of Shivapurana, utmost sanctity is to be maintained while praying this god. The contents are regarding instructions and advices given by Lord Shivashankar about the righteousness in life. The greatness of reverencing this supreme power in his ‘Linga’ posture is revealed through this text. All the twenty eight manifestations of this deity and the situations under which he took these appearances are mentioned through 11, 000 stanzas in the purana. It is believed that the presentation of Shiva Purana to Brahmins is sacred.

Shiva Purana introduces God Mahadev as one among the supreme trinity who performs the annihilation of the Universe while the tasks of preservation and creation are the responsibilities of Lord Vishnu and Lord Brahma respectively. According to this narration the existence of the cosmos is the combined influences of these three Hinduism Gods. He is described as carrying half moon and river Ganga in his tangled tresses and wearing tiger leather in waist. Around his neck there lies a cobra which hides the color of poison in his neck region. Goddess Parvathi is said to be residing in the left half of his body by linking her powers with him. 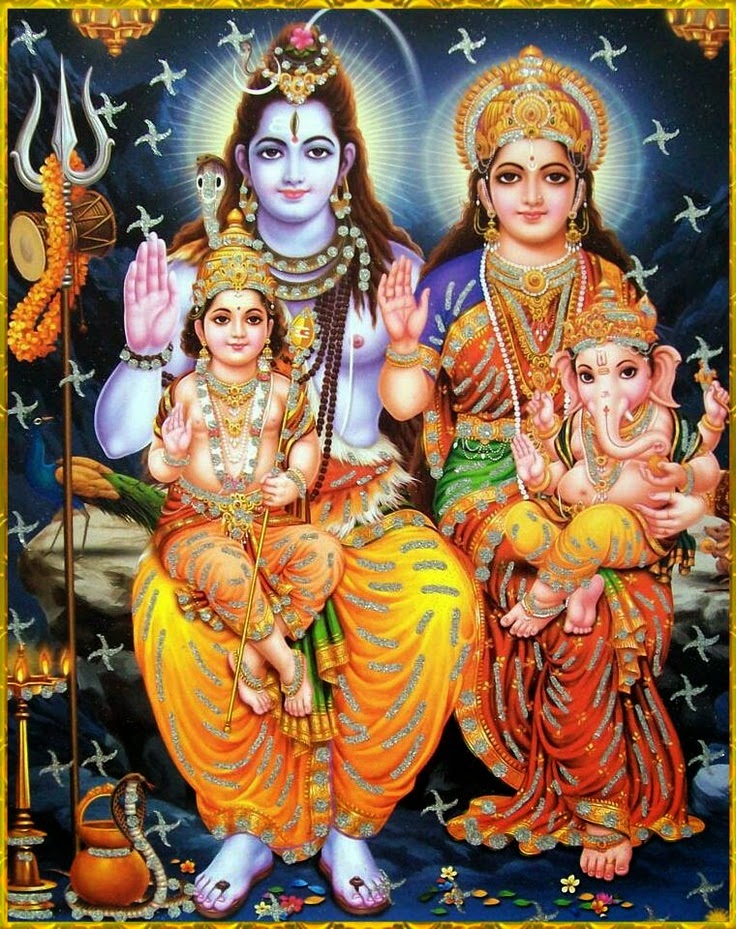 The saga provides a clear picture of the family affiliates of Lord Siva having certain strange and unique alliance. The most important among them are the friendly nature of Ox and Lion which carries Lord Siva and Goddess Parvathi respectively. Karthikeya the son of Siva-Parvathi travels on Pea-Cock which is in good terms with the snakes that can be seen with him and also in the neck of Lord Siva. The vehicle of their second son Ganesh is mouse and it moves fearlessly in front of these snakes. Thus the lifestyle of these family associates point out that human beings can live without rivalry, grudge and hatred’ if desired. Amid the family members, Lord Siva always prefers to be in meditation with his eyes closed.

In Siva Purana, one of the Genies of Lord Siva called Kala Bhairava is explained with great importance. He guards the entrance to the residence of his master and appears as an ideal example for faithfulness and obedience. It is said that either hearing or reading this primitive writings is as important as performing great rituals. This is a shortcut to achieve four vital qualities called virtue, prosperity, fulfillment of desires and salvation. Besides, the miseries and difficulties in human life can be overcome by knowing the contents of this tome. Another unique feature of this saga is the description of Lord Vishnu in two parts. The text also tells about the key sacraments to be performed to have deliverance to the souls of ancestors.