Posted by Abhilash MS
Vyasa Purnima or Guru Poornima  is celebrated in memory of the birth of Maharishi Veda Vyasa. The date of Vyasa Purnima is 24 July 2021. Veda Vyasa is the great rishi who is the author of the four Vedas (Rig Veda, Yajur Veda, Sama Veda, and Atharva Veda), and the author of Brahma Sutras and the 18 Puranas.

Sage Vyas is regarded as the highest Guru in the Hindu traditions and hence the Vyasa Poornima is celebrated as Guru Purnima by all Hindus. Special poojas and rituals are celebrated in Hindu temples on Veda Vyasa Purnima.

Vaishnavas considered Veda Vyas as an incarnation of Lord Vishnu and hence make it a point to visit Lord Vishnu Temples and worship Maha Vishnu. 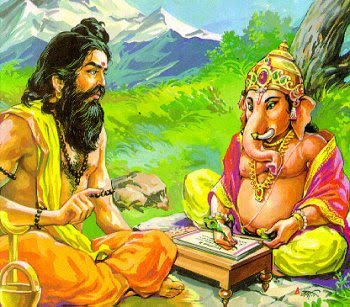 The meaning on the Stotra is

I bow before you Vyasa,
The treasure house of penance,
The great grand son of Vasishta.
The grand son of Shakthi,
The son of Parasara.
And the father of Shuka,

Bow I before,
Vyasa who is Vishnu,
Vishnu who is Vyasa,
And again and again bow before,
He, who is born,
In the family of Vasishta.