Posted by Abhilash MS
In Hinduism, Tilaka, also spelled Tilak or Tilakam, is a mark worn on the forehead and other parts of the body. An obvious symbol of the Hindu religion, Tilaka assumes much religious significance. Tilak is prepared with sandalwood paste, ashes (vibhuti), vermilion (kumkum), sindhoor (powdered red lead) and clay and applied by various members of Hindu sects and sub-sects.
Tilaka (Hindu head markings) does not have any specific shape and form and may be worn on a daily basis or for special religious occasions. Hindu women wear red mark of vermilion on the hair parting, as a sign of their marital status. While the Tilaka worn by a worshipper or a priest shows their passion towards Hindu traditions. The marks appear in white, red, yellow or black colors. Tilaka is a Sanskrit word; it is called Tilak in Hindi and in Bihar and Nepal, it is known as Tika. The custom of using the Tilaka has been practiced from ancient times in India.

Vaishnava tilak is the Tilaka worn by Vaishnavites or followers of Lord Vishnu and his incarnation, Lord Krishna, is the most extensive. Vaishnava tilaka mark is a long line starting from just below the hairline till the end of the nose tip and is intercepted in the middle by a lengthy U. This comes in red, yellow, white or saffron in color and is made up of red ochre powder (Sindhura) and sandalwood paste (Gandha). This Tilaka is praised in Hindu texts for its purity. 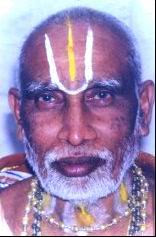 Picture of a Hindu devotee with Vaishnava Tilak in his forehead

Horizontal lines Tilak of the Shaivites

Shaivite Tilak is another important Tilak, worn by the followers of Lord Shiva and Goddess Shakti. It is drawn as three horizontal lines across the forehead with a single vertical band or circle in the middle. This Tilaka is made of ash emerging from burned wood, cow dung or incense. According to legends, Shiva smeared his body with ash taken from cremation sites, and hence, Shaivites mark their bodies with holy ash. 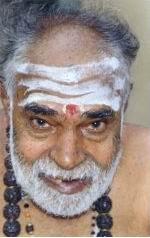 Image of a Hindu devotee with Shaivite Tilak on his forehead

In addition to the Tilaka worn by priests, an ordinary Tilaka is applied by the members during a puja or while visiting temples. It is believed that the two eyes given by God is to see the physical world and the red dot Tilaka symbolizes third eye or soul’s eye for seeing spiritual reality.

Some apply Tilaka for personal perseverance. It is applied to the body in twelve places such as the forehead, belly, the chest, the neck, two shoulders, two arms, right and left bellies and upper and lower back.