Posted by Abhilash MS
Dussehra festival, also known as Dasara or Vijayadashami, is an Indian festival that celebrates good forces over evil forces. It spans for 10 days and is celebrated in varied traditions across India. According to Hindu calendar, Dussehra is marked on the 10th day of the bright half (Shukla Paksha) of the month of Ashvin (Ashwayuja). In 2021, the date of Dussehra festival or Dasara festival is on 15 October 2021.

Dussehra celebrates the Hindu god Rama’s victory over the demon king, Ravana and the triumph of good over evil. The epic Ramayana tells the story of Lord Rama who wins the lovely Sita for his wife, only to have her carried off by Ravana, the demon king of Lanka. Ravan kidnapped Sita to avenge his sister’s injuries. Rama and Lakshmana later fought a battle and killed Ravana to rescue Sita. The God Hanuman and a huge army of monkeys helped them. 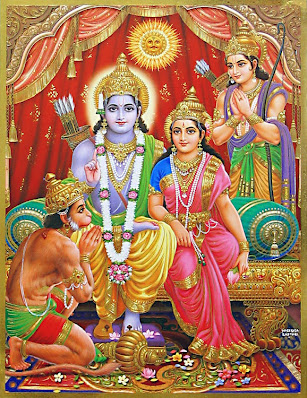 Mahabharata, another Hindu epic is also commemorated during Dussehra. The five brothers Pandavas abandoned their weapons which they hid in a Shami tree when they went to exile for a year. When they returned they found the weapons at the same place and so they worshipped the tree before going to the battle which they won.

In most of the Hindu communities people keep fast and eat only one meal a day at sunset. It is mandatory to eat vegetarian courses and onion and garlic are not included as ingredients in dishes. Diary products, fruits and nuts form the staple diet of this occasion.

Victory of Good over Evil

Dussehra is one of the major Hindu festivals of India. It is celebrated throughout the country with great zeal and enthusiasm. People all over the country participate in the occasion in their own way. The day of Vijayadashami is considered to be auspicious and festive by the people of India and is celebrated as the day that symbolizes the victory of ‘Good over Evil’.