Posted by Abhilash MS
Lyrics of Shiva 108 Ashtottara Shatanamavali in Malayalam Language. Shiva Ashtothram Mantra is the chanting of 108 names of Lord Shiva. Astotharams mantras are chanted with Om as a prefix and Namaha as the suffix. To download 108 Shiva Ashtottara Shatanamavali Malayalam Lyrics, just right click the picture and choose "Save Image As" and download to your computer. As the 108 mantra are a bit bigger, Hindu Devotional Blog have created them as 2 files - the first one has mantra from 1 to 60 (Om Shivaya Namaha to Om Gireeshaya Namaha) and the second file has mantras from 61 to 108 (Om Girishaya Namaha to Parameshwaraya Namaha). 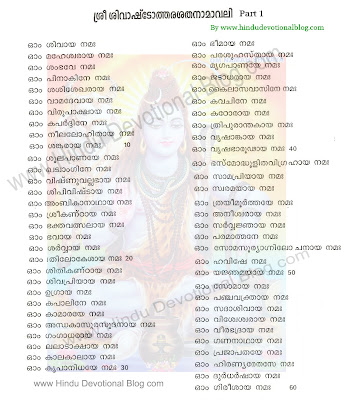 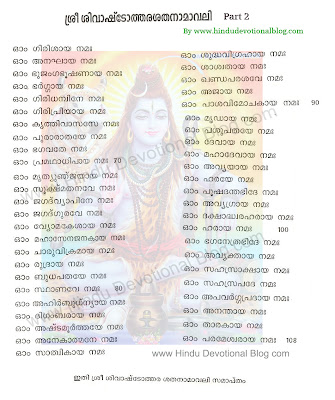