Saptotsava or the seven Utsavas is the annual festival which begins five days prior to Makara Sankramana.

Shri Madhwa Navami festival day falls on the ninth day of the bright half of the month of Makara (February – March).

Sri Ram Navami festival at Udupi Krishna Matha falls on the ninth day of the bright half of the month of Chaitra (April).

Vasanthotsava is the spring festival held every year in the month of Chaitra (April). 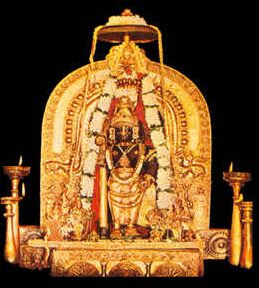 During the month of June, a special pooja is conducted in the ‘Bhagirathi Gudi’ in the Madhwa Sarovar.

Chaturmasa Festival or Chatur Masam , meaning four months, refers to a period from the bright half Ekadashi of Ashada to the same day in Kartika Masa. Special Abhishekha to the idol of Shri Krishna is conducted.

Paryaya Festival is one of the major festivals celebrated at Shri Krishna Temple in Udupi. Paryaya festival occurs on the 17th or 18th of January of alternative years and attracts a large number of devotees. The exchange ceremony of the charge of Sri Krishna Mutt is known as Paryaya.

Navratri Festival dedicated to the nine forms of Goddess Durga is another major festival celebrated at Udupi Temple for nine nights and ten days during September – October.

Other Hindu festivals celebrated at Udupi Shri Krishna Mutt include