Posted by Hindu Devotional Blog
The history of Sree Padmanabhaswamy Temple dates back to 8th Century. References to the temple can be found in the Divya Prabandha canon of literature written by Tamil Alwar. Alvars are the Tamil Saint poets who lived between the sixth and ninth centuries AD. References to Sri Padmanabha Temple is also said to have in the Brahma Purana, Padma Purana, Varaha Purana, and Vayu Purana. One of the twelve Alvars, Nammalvar (8th Century) had created four slokas and one phalasruthi about Sree Padmanabhaswamy Temple.

It is believed that Sree Padmanabhaswamy Temple and its properties were maintained by Ettuveetil Pillamar – the eight powerful Nair feudal lords of ancient Travancore. Later His Royal Highness Sree Marthanda Varma Anizham Thirunal suppressed the Ettuveetil Pillais and his cousins and took over the control of the temple. Marthanda Varma has done a major renovation to the temple and it is said that the current structure of Padmanabhaswamy temple was made by the King. 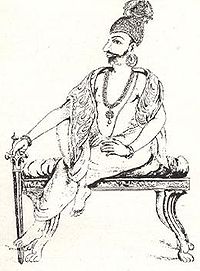 It was Marthanda Varma who introduced the Murajapam and Bhadra Deepam festival in the temple. Murajapam, which literally means continuous chanting of prayers, is still conducted in the temple once in 6 years. Murajapam is performed when 12 Bhadradeepam joins.

Travancore was dedicated to Sree Padmanabhaswamy in 1750 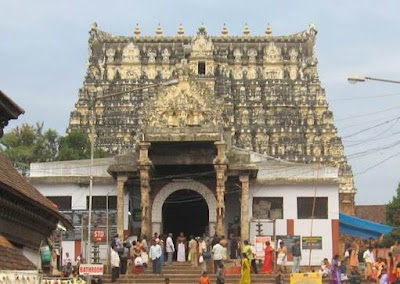