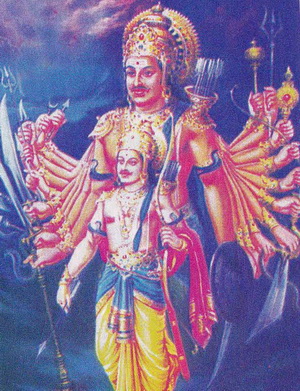 Kartavirya Arjuna, also known as Sahasrarjuna, is a famous King of Hehaya dynasty who is mentioned in various Puranas and Hindu scriptures. King Karthveeryan was a devotee of Sage Dattatreya and it is said that by performing an intense observance he got 1000 arms as a blessing from his Guru. It is believed that praying Karthaveeyarjuna Dwadasa Nama Stotra will help to retrieve stolen or lost properties.