Murugan is one of the important gods worshiped by Hindus. In epics Muruga or Subramanya is described as the son of Lord Shiva and Goddess Parvati. The Spear or Vel is the main weapon of Lord Muruga and has got certain miraculous and divine powers. In Murugan pictures we cannot view him without spear in his hand. Its possession enabled him to fight against demons vigorously and grab victory at last. Demons are known as the symbols of ignorance, wicked thoughts and deeds. Hence by Subramanyan’s spear reverence the aforesaid negative qualities can be wiped out forever. The Vel weapon of Muruga is considered to have certain holy features for supporting the world against evil spirits and troubles. It can make man to understand the truth regarding the universal existence. Hence the spear is worshiped almost in all Murugan temples with great significance.

Importance of Vel in Hinduism

Murugan carries this divine spear throughout in his incarnation. It was Goddess Parvathi who gave this weapon to Lord Muruga as an absolute representation of her eternal powers. Hence this is assumed as the source of wisdom, literacy and refuge. It also serves as a protector against unkindness and violence. It safeguards during disturbances and assures normalcy and peace among the natives. As per belief the utterance of the word ‘Vel’ ensures blessings of Murugan to a great extent. That is why devotees always prefer to refer him by the name ‘Vel Murugan’. The worship of this weapon implies the desire of devotees for spiritual awareness that can clean the impurities in human mind and makes it absolutely wholesome. It is said that God Murugan hears the call of his devotees when they are in miseries. 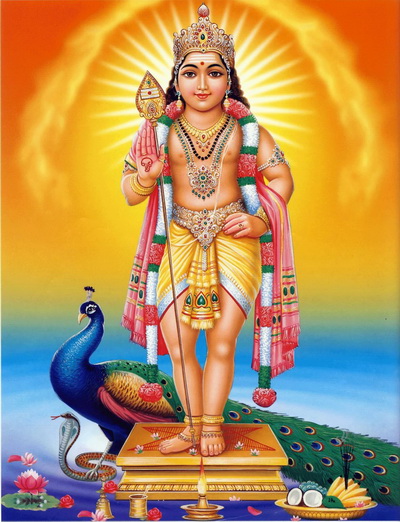