According to Hindu legends, Vyaghrapada rishi was entrusted with the task of picking up fresh flowers which was not even touched by honeybees to offer Lord Nataraja in Chidambaram Temple. The sage usually gets wounded with the thorns and when climbing rough surface while plucking flowers. To end the sage’s miseries Lord Shiva bestow Vyaghrapada with the feet of a tigers so that the sage can easily move from place to place and climb tough trees to pluck fresh flowers which were not even touched by honey bees. 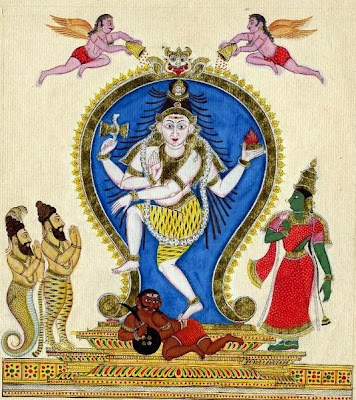