Posted by Abhilash MS
The 2021 Shani Jayanti is observed on June10. Shani  Jayanti festival celebrates the birth anniversary of Lord Shani. Saneeswara is the son of Lord Surya and is one of the Navagrahas which highly influences human beings.
Lord Shani Dev ki Jayanti is observed on Amavasya Tithi during Jyeshtha month (May - June) according to North Indian calendars. However in South India, Shanaishchara Jayanti falls on Amavasya Tithi during Vaishakha month.

Special poojas and yajnas are conducted on Lord Shani temples and Navagraha temples during Shani Jayanti. Many devotees take Shani Jayanti vrat by fasting on the day from sunrise to sunset to get blessing of Shanidev.
Worshiping Lord Shani on this day will help to reduce malice effects of Sadhe Saati and Pitra Dosha and attain success, wealth and happiness. Shani Shanti Puja and Taila Abhishekam are considered auspicious on Shanishchara Jayanti. 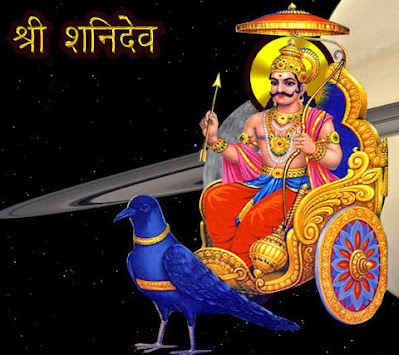