Posted by Abhilash MS
Siddha Bhairavi Temple located at Mantridi in Ganjam district is an important Goddess Shakti shrine in the Odisha (Orissa) state of India. The temple enshrines Goddess Bhairavi form of Parvati Devi; the goddess is known here as Maa Siddha Vairabi. The idol of the temple was excavated from a ploughed field and was installed as such in a newly adorned temple in 1937. The goddess is depicted in a crude form with four arms and one leg. Siddha Bhairavi Temple is around 18 km from Berhampur. 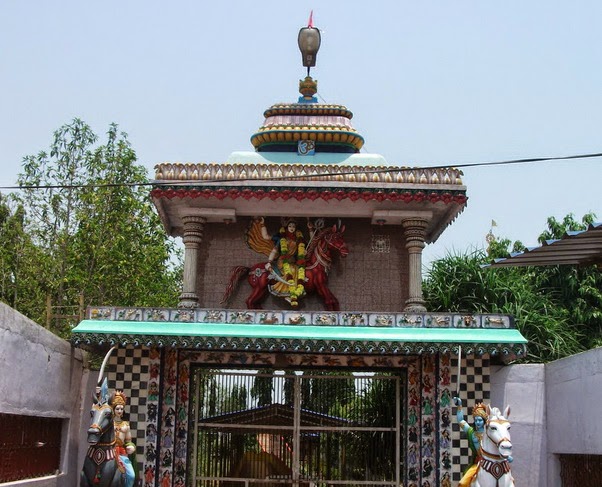 Tuesdays and Sankranti days of all months are considered auspicious to worship Siddha Bhairavi. The temple features a big shrine which houses Lord Jagannath along with his siblings. Another unique feature of Siddha Bhairavi Temple is the 108 sub shrines which enshrine all the major Hindu gods such as the 12 Jyotirlingas, Venkateshwara, Badrinath, Madurai Meenakshi, Maa Vaishno Devi, Ranganatha and the Dasavatharas.

Siddha Bhairavi Temple is located on the National Highway 5. Berhampur Railway Station is the nearest railhead to reach the temple. Biju Patnaik International Airport or Bhubaneswar Airport is the nearest access point for those visiting the shrine via flight.