Mahanandi Temple or Mahanandiswara Swamy Temple is an ancient temple dating back over 1,500 years. The temple is located near Nandyal at Kurnool in Andhra Pradesh, India. The primary deity of this temple is Lord Shiva, worshipped by the name Lord Mahanandiswara Swamy, who is in the form of a sacred Shivalingam. 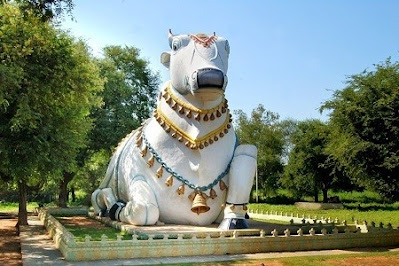 Mahanandi is about 21 km from Nandyal. The nearest railway station is Nandyal Railway Station (NDL). The nearest international airport is at Hyderabad, about 215 km from Kurnool.