Posted by Abhilash MS
Lord Shiva is one of the main Gods of Hinduism, worshipped as the supreme God. Shiva is one of the most multifaceted gods of Hinduism, embodying seemingly contradictory qualities. He is the destroyer and restorer, the great ascetic and the symbol of sensuality. Among the Trimurti - the Hindu Trinity of the primary aspects of the divine - Lord Shiva is the destroyer of the world, following Lord Brahma, the creator and Lord Vishnu, the preserver, after which Brahma again creates the world and so on. Shiva is responsible for change both in the form of death and destruction and in the positive sense of destroying the ego, the false identification with the form. Lord Shiva with his consort Goddess Parvati is also depicted as the icon of true love and peaceful married life. Lord Ganesha and Lord Murugan (Kartikeya or Skanda) are the two sons of Shivdev.


Some of the most popular names of Lord Shiva include Mahadeva, Vishwanath, Sankara, Pashupati, Bhole Nath, Mahayogi, Bhairava, Bhava, Nataraja, and Siva. Read about the 5 different forms of Shiva here. 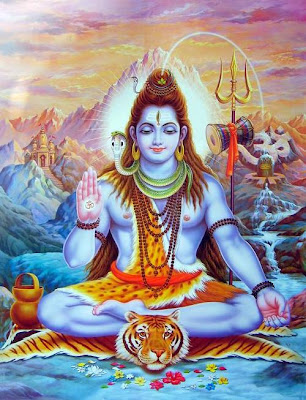 
The main celebration of Lord Shiva happens during Shivaratri which is celebrated every year on the 13th or the 14th day of the new moon in the Krishna Paksha in Hindu calendar. Maha Sivaratri marks the night when Lord Shiva performed the ‘Tandava’ and it is also believed that Lord Shiva was married to Parvati on this day. On this day Hindus observe fast, offer fruits and flowers and Bilwa leaves to Shiva linga.