Posted by Abhilash MS
Lord Hayagreeva is one of the avatars of Lord Vishnu where the Lord is worshipped in the form of a horse headed deity with a human body. Unlike Dasavataras, the Hayagriva incarnation of Lord Maha Vishnu is lesser known.  Lord Hayagriva is regarded as the God of Knowledge and Wisdom. Lord Hayagreeva is depicted as horse headed Vishnu with a human body, white in color, white garments and seated on a white lotus. Hayagriva is most popular in the south Indian states of Tamil Nadu and Andhra Pradesh. 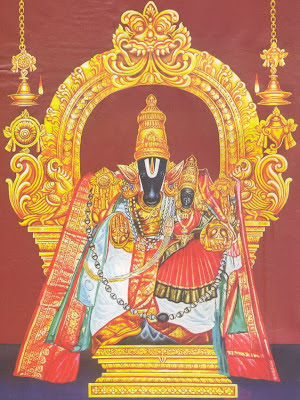 Hayagriva Strotram is taken from the Pancaratra Agamas.  It is believed that one who chants the Hayagriva strotras daily will become successful and able overcome from all difficulties.