Posted by Hindu Devotional Blog
Chottanikara Bhagavathy Temple is one of the most famous temples in Kerala dedicated to Mother Goddess. The temple is located 8 km from Thripoonithura near Ernakulam. The significance of Chottanikara Temple is that the goddess is worshiped in three forms Goddess Saraswathy in the morning, Goddess Lakshmi in the noon and Goddess Durga in the evening. Lord Vishnu is also worshiped at the same pedestal.
The temple complex features two main shrines. The first one is that the Rajarajeswari Temple. The second temple is known as Keezhekavu, where the idol of Bhadra Kali is consecrated. The idol of Goddess Rajarajeswari is worshiped in three forms and is renowned as Adiparashakthi.


The image of Bhagavathy has four arms where the upper right holds the discus and the left holds the conch. Since Lord Vishnu is also placed on the same pedestal as that of Bhagavathi it is also worshipped as Lakshmi Narayana. Devotees pray the deity by the names Amme Narayana, Bhadre Narayana and Devi Narayana. 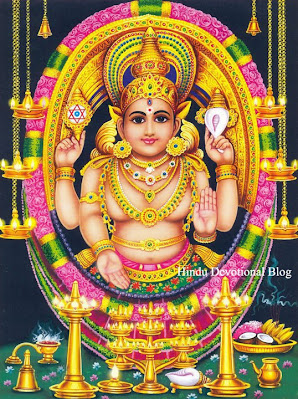 The sub deities worshipped at Chottanikara Temple are Lord Ganapathi, Lord Brahma, Lord Shiva, Sree Dharma Sastha and Lord Subramanian. In the temple complex there are also shrines dedicated to Nagas and Upadevas.


There is a famous festival celebrated in the temple called the Chottanikkara Makom Thozhal where unmarried people who observe this ritual will get married soon and married people will have a long and happy married life. Makom Thozhal is annually celebrated in the Malayalam month of Kumbham (February – March). Navaratri Festival, during which the Vidyarambham ceremony is conducted, is another major celebration which attracts devotees from all over Kerala to the temple.


Another ritual at Chottanikara Temple is the Valiya Guruthi at Keezhu Kavu Temple.  The Guruthy ritual is performed with a liquid made of lime and turmeric and it is poured over the goddess. Participating in this daily makes the mentally affected person to get over the evil spirit in him. Valiya Guruthi is performed at about 8.45 PM daily.

The temple opens daily at 4.00 AM in the morning for Nirmalya Darsan and closes at 12.10 PM after Uchaseeveli. Evening Darshan timings are from 4.00 pm to 8.45 pm. On Fridays and during Vrishchicka Mandala Mahotsavam the temple opens at 3.30 am.

How to Reach Chottanikkara

Chottanikkara can be accessed by bus from Eranakulam KSRTC Bus Stand or Kaloor Private Bus Stand.

Nedumbassery International Airport is the nearest airport to reach Chottanikkara, about 38 km away.