Posted by Hindu Devotional Blog
Swargavathil Ekadasi Festival is one of the important festivals dedicated to Lord Vishnu. Swarga Vathil Ekadasi falls on the Ekadashi day in the Malayalam month of Dhanu (December – January). Swarga Vathil literally means the “Doors to Heaven”. On this day, Swargavathil or Vaikunta Dwara, a door seen on the north side of Vishnu temples, is opened to devotees. It is believed that having darshan of Lord Vishnu through this door will help to attain “Swarga” or Heaven. In 2022, the date of Swargavathil Ekadasi is on 13 January.

Swargavathil Ekadasi Festival is of great importance to most Vishnu temples in Kerala including Sree Padmanabhaswamy Temple, Thiruvambadi Temple in Thrissur, and Nelluvaya Temple. 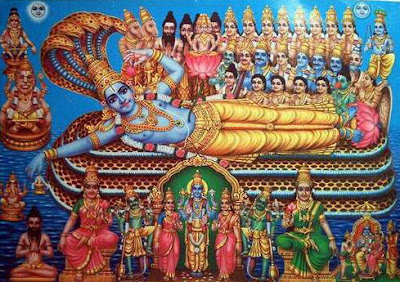 Swarga Vathil Ekadasi is celebrated as Mukkoti Ekadasi, Putrada Ekadashi and Vaikunta Ekadasi in other states of India. Devotees observe fasting on this day and visit the nearby temples of Mahvishnu and Sree Krishna.