Posted by Hindu Devotional Blog
Garuda Purana is one of the Hindu Puranas composed in eighteen volumes by the renowned sage Veda Vyasa. Garuda is believed to be the king of birds and also the vahana of Lord Vishnu. These tales are in the form of conversation between Lord Vishnu and Garuda. Garuda Purana is a medium-sized Purana and has nineteen thousand shlokas (lines). The purana is divided in to two parts – a purva khanda and an uttara khanda. Garuda Purana deals with many topics such as astronomy, medicine, grammar, and ancient Indian gemology. In the uttara khanda part, Mahavishnu reveals the after effects of death and the process of rebirth by the transference of human souls from one body to other.


It was the Great Bird Garuda who first explained Garuda Purana to saint Kashyapa. Hence these stories came to know after his name. The information from these sacred tales is to be read and understood by everybody. It is customary to recite the Garuda Purana if death is occurred in a Hindu family. This is to be performed for the whole thirteen days until the formalities are completed. 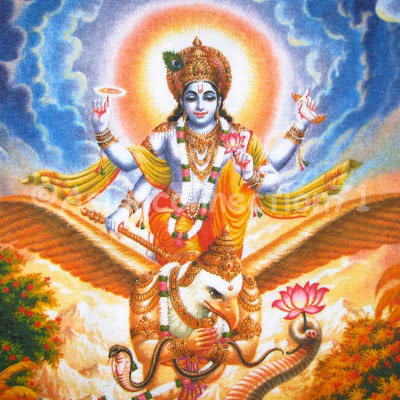 Details about Hell and Dreadful Punishments


Apart from the meaning of human life there are explanations in Garuda Purana about various types of hell and the dreadful punishments to be faced by the freed souls. These castigations are with respect to the sins committed by the individuals during their lifespan in earth. Thus Garuda Purana warns people against leading careless and sinful life. It also explains the customs to be observed by the relatives of the dead and the consequences if they are not followed. Because of the inclusion of this information it is said that Garuda Purana is not ideal to keep in houses. At the same time reciting the stanzas of this saga is considered to be very holy. There are also details regarding the liberation from human life and the way of achieving the same through yoga and meditation.

Information About Rebirth and Human Souls


When compared to other sagas, the Garuda Purana has so many unique specialties. In this narration Garuda asks questions to Lord Vishnu regarding birth, death, rebirth and movement of human souls. Vishnu answers to every questions from Garuda in an easily digestible manner. Thus the history of Vishnu and Garuda are linked together. It is believed that by reading, understanding and teaching Garuda Purana one can be freed from the cycle of birth, death and rebirth. They can reach the destination of salvation comfortably. It is assumed that in Garuda Purana there is one magical incantation which can be used to make the dead alive. Sage Kashyapa and Garuda himself, said to have given life to so many dead by chanting these lines. Hence this tome is considered as the blessing of God Garuda to mankind.