Posted by Abhilash MS
Sri Kurmam Kurmanatha Temple is one of the unique temples of India dedicated to Kurma Avatar (Tortoise) of Lord Vishnu. The temple is one of the most ancient and sacred temples located in Andhra Pradesh, India. Situated in the town which bears the name of presiding deity of the temple, Sri Kurmam, this holy shrine, which is more than a million years old, has always attracted devotees of Lord Vishnu from all over the world. The village is located about 13 km east of the Srikakulam town.

The main deity of Sri Kurmam Temple is Lord Vishnu, who is worshipped in the form of Kurma (tortoise) Avatara. In fact, it is regarded as the only ‘swyambhu’ temple in the world where Lord Vishnu is worshipped as Kurma Avatara. The image of the Lord is not sculpted by a man, but it is believed to be a real fossil of a large turtle. The head is shaped like that of a Kurmam and the tail is represented by a saligrama presented by Adi Shankaracharya. 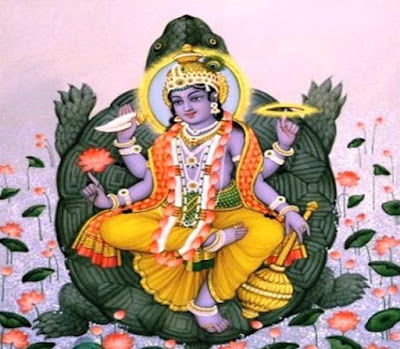 This temple is specifically known for its marvellous architecture. The southern entrance is adorned by some of the finest examples of classical Indian sculpture. The temple also has 108 pillars, where no pillar is identical to one another. The walls on the temple are beautified with mural paintings and frescoes, which are made up of natural colours. The frescoes found in Sri Kurmam temple bear a great deal of resemblance to the frescoes found in the caves of Ajanta and Ellora. Unlike the majority of temples in India, the chief deity is facing the west and therefore, the temple has two flag posts or Dwaja Stambhaas, one in the east and one in the west. Interestingly, the temple also has an underground tunnel, called Kaasi Dwaram, which goes to Varanasi, which is located more than a thousand kilometres away.

According to legend, a pious king, known as Sweta Maharaj, observed severe penance for several years at a stretch. To fulfil the wish of his devotee, Lord Vishnu manifested here in form of the Kurma Avataar. The lake in front the temple, called Sweta Puskarini, is believed to have been formed by the Sudarshana Chakra of Lord Vishnu. 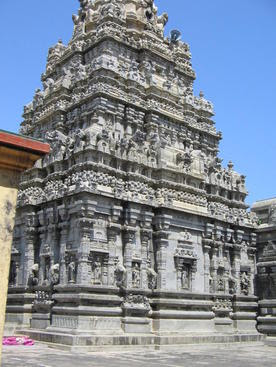 Apart from the daily prayers and rituals, one of the biggest festivals organized in the temple isthe 3 day Dolotsavam. The day of the festival falls on the day of Falguna Paurnami every year. Apart from that, one day festivals like Kalyanotsavam and Mukkoti ekadasi are also organised.  One day annual Janmadinam (also called Kurma Jayanthi) is celebrated on the day of Jyeshta Bahula Dwadesi. So, if you want to immerse yourself in the glory of Lord Vishnu or just marvel at the grandeur of ancient architecture, then the Sri Kurmam temple is a must visit.

Surya Narayana Temple at Arasavilli, dedicated to Sun God, is around 2 km from Srikakulam bus stand and on the way to Sri Kurmanatha Temple.