On this auspicious day is the honoring of the elephant, Gajarajan Kesavan. Kesavan was Kerala's biggest and grandest elephant who served the Lord and people for about 54 years. He had died on the Guruvayur Ekadashi day. As such, a 12 feet high statue has been erected in front of Sreevalsam rest house. On this day, the leader of the elephants places a garland at the statue of Guruvayur Kesavan and all the elephants pay obeisance to it. It is believed that it on this Ekadasi day that Lord Krishna preached the Bhagavad Gita to Arjuna in the battlefield of Kurukshetra. Hence this day is observed as Gita Dinam at the temple. Commemorating this, a grand elephant procession is held to the nearby Parthasarathy Temple.

Also on Guruvayoor Ekadasi, the Udayasthamana Pooja (dawn to dusk pooja) is conducted by the Devaswom (a board which administers the temple). 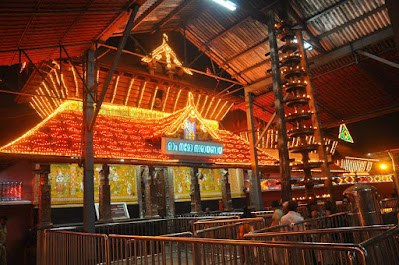