Posted by Abhilash MS
Guruvayur Ekadasi or Guruvayoor Ekadasi, observed on the Shukla Paksha (bright fortnight) Ekadasi during the Malayalam month of Vrischikam (mid November - mid December), is unique to the Sree Krishna Temple at Guruvayur, Kerala. Ekadashi falls on the eleventh day of every lunar fortnight.
Though there are 24 Ekadasis in a year, the Vrishchika Ekadasi which falls during the Sabarimala Mandala Kalam (Sabrimala Temple Pilgrimage Season) assumes special importance in Guruvayur Temple. However, the Navami (9th day) and Dasami (10th day) are also significant. In 2021, Guruvayur Ekadasi is observed on 13 December.


A month before the Ekadasi day, a ritual called Ekadasi Vilakku (lamp) is held which is an important one. This is held as an offering by various persons, families and organizations. Ekadashi Vilakku is lit on the Navami and Dasami days. The temple is opened on the Dasami day (the day before Ekadasi) for Nirmalya Darshan (the deity wears the flowers of the previous night) at 3:00 am and is closed only at 9:00 am on Dwadasi, that is, on the 12th day. Accordingly, the devotees can worship throughout the Dasami and Ekadasi days. There is a custom of offering a token of amount called Dwadasi Panam in Koothambalam on the Dwadasi day. 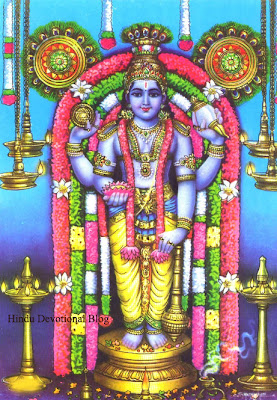 How to Observe Ekadashi Vrat